Mikhail Prokhorov Foundation is a Strategic Partner of the Festival.

The Big Cartoon Festival - the largest animation film festival in Russia – will take place for the 14th time from October 29 to November 9, 2020. For the first time, the Festival will be held in a mixed format: it will be possible to watch some of the programs online from anywhere in Russia, while the other programs will be shown in cinemas in Moscow.

This year, for the first time in its history, the Big Cartoon Festival announced an open call for applications to participate in the competition program. Anyone can submit their film to the Festival by September 25 through the FilmFreeway platform.

What is the BCF online?

The Festival will include premieres of international feature-length and short-length animated films. It will be possible to watch the competition program online from any city in Russia, and for our Moscow viewers we will hold our traditional Animation Night, during which we will show all the films of the competition program in the big hall of the October multiplex.

For young viewers, the Big Cartoon Festival has prepared new feature-length cartoons and collections of international and Russian short films. Among the special programs of this year are: collections of documentary animation that have become the hallmark of the Festival; a retrospective by director Ekaterina Sokolova; a special selection of films related to the feminist agenda; and much more.

From an audience festival, the Big Cartoon Festival is turning into a competition: for the first time this year, we have invited a professional jury to choose the best cartoons among international and Russian short films. But the Audience Choice Award will also remain: viewers will be able to vote for their favorite film on the Festival’s website.

The Cartoon Factory, which our audience loves so much, is expanding its geography this year: children and adults from anywhere in the world will be able to participate in these workshops! For 6 days we will be creating, drawing, adding sound, and shooting cartoons in a variety of techniques from the comfort of their homes, and we will be taught to do all that by real masters of their craft.

The Big Cartoon Festival is participating in the program of the Year of Germany in Russia 2020/2021. Thanks to this, our viewers will be able to see German short and feature-length animations in the Festival program, as well as to attend online meetings with animation specialists from Germany. 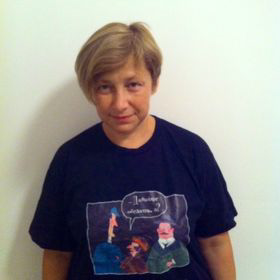